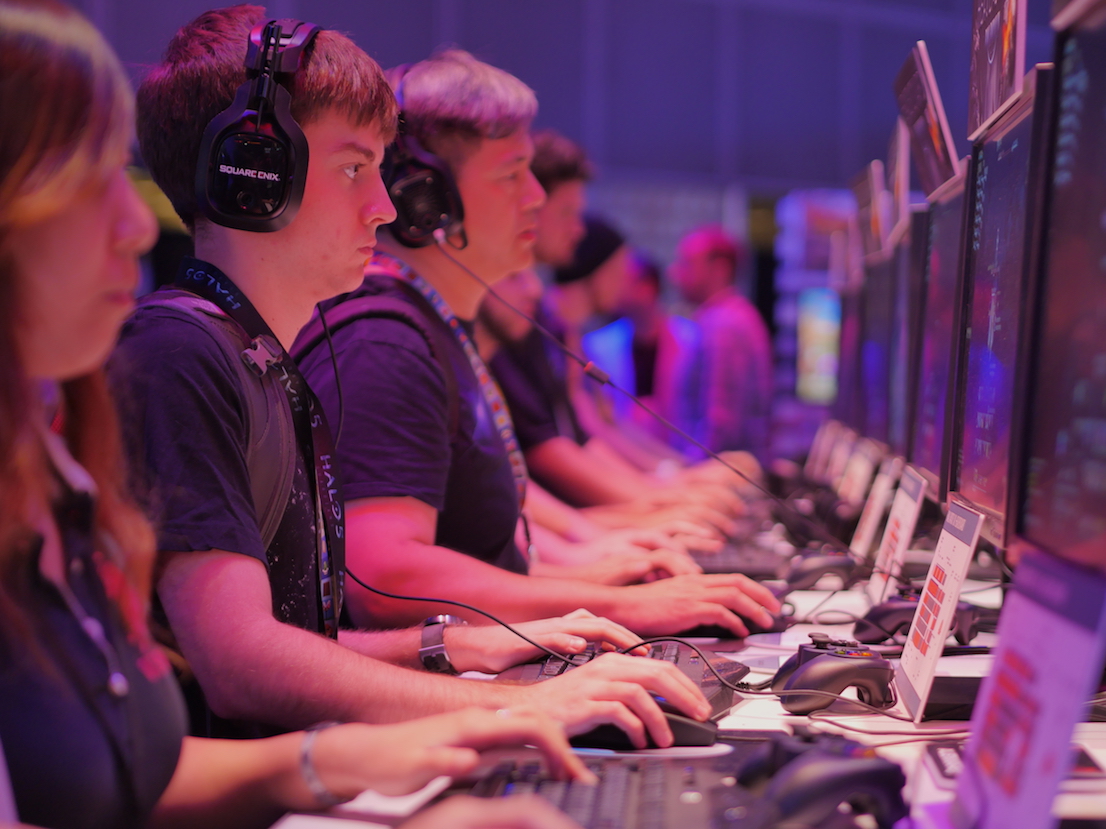 Double the fun at StartUp Bahrain Week with GCC Game Jam and the GCC Game Conference this March!

By StartUp Bahrain February 28, 2018 No Comments

By now you must have heard of the StartUp Bahrain Week, a collaboration between the Bahrain Economic Development Board, StartUp Bahrain, and Tamkeen as a strategic partner, which will take place on the first week of March, 3rd-8th. Under the patronage of H.R.H. Prince Salman bin Hamad bin Isa Al Khalifa, Crown Prince of Bahrain It will include everything that you can think, from digital entertainment to startup boot camps, and all the way to an innovation festival, just name it, and this week will probably have it!

Yes, March has huge things in store for you and what better way to kick off the week than a gaming conference. GCC Game Conference (GCCGC) is going to take place on March 3, 2018 and it will be Bahrain’s very first game development conference ever! The GCCGC will happen right after the GCC Game Jam (GCCGJ), which will be Bahrain’s 3rd game jam. It will last for 2 days starting from March 1st.

Both events are specifically targeted at game developers, as it revolves around everything that falls under the umbrella of game making, be it engineering, art or business.

In an interview with Ameen Altajer, Managing Director of INFINITEWARE, a company that does Artificial Intelligence (AI) and game development solutions to a number of customers, including Saudi Aramco, VIVA Bahrain and many more, he shares with us exclusive details on both events.

Ameen has been in the software business for more than 15 years, and when it comes to game development, he specializes in the low-level aspects of game development, including game engine design and architecture, performance and toolset development.

He is also the founder of Bahrain Game Developers (BGD), which is the first local game development community in Bahrain, established in 2012. “BGD provides a platform for local game developers to share ideas and showcase their work globally and I’m so happy that we have a sister community, Unreal Bahrain, kudus to my friend Yousef Buhazza for this.”

Game developers and contestants obviously need all the focus and attention in the hackathon, thus general public are not allowed. On the other hand however, you can still experience the thrill through the live-stream, and cheer for your favourite contestants online!

Ever since Ameen created the Kingdom’s first game development community, it’s been a dream of his to see Bahrain hosting its own game development conference similar to the Game Developers Conference, that takes place in San Francisco. GCCGC is the beginning of something great for the region and could fill that void, by bringing a lot of joy to the game developers living in Bahrain and the region.

So, what is the game conference about? “GCCGC is Bahrain’s first game development conference ever! It’s organized by INFINITEWARE with the help of Bahrain Polytechnic, and is completely free to the general public! It doesn’t get better than this!”

Adding, “We’ll be hosting a variety of talks on topics like art, engineering, programming, design, ethics and the business of making games, this caters to a wide spectrum of audience. In addition to success stories in the GCC, and important panels, which will allow the audience to hear what the government and educational institutions have to offer in order to support the craft and the business of game development.”

Not only that, but the conference will also give a chance to the general public to see what the local game developers have to offer, through sharing some of their major and notable works. “We offered the game developers across the GCC the chance to showcase their best work in the conference, and I really mean it when I say “best of the best” work-kind. We cherry-picked the games ourselves prior to asking them to come here.”

The winners of the GCCGJ will be announced during GCCGC, and the first prize winner will receive BHD 1,500.

According to Ameen, game development is picking up faster than before, but this can be speeded up even further. Spaces like CH9 have been more than welcoming to the community, and the existence of Amazon Web Services (AWS) presents a fantastic opportunity for game developers and digital content creators in solving stability and latency problems.

StartUp Bahrain Week will be revolved around the startup ecosystem and Ameen does believe that game developers are the next startups to watch! Why and How? “Being in touch with the game developers is probably one of the best things you can put your money in, it’s pretty affordable and it is quick to set up an indie game development studio. You just a couple of great minds with artistic and programming skills, a few good machines and a lot of time to create content, that’s the bare minimum of course but you get the idea.”

Well, one thing for sure, we are super excited for StartUp Bahrain Week, and even more psyched on how it is going to start!

The GCC Game Conference can be found here, happening on March 3rd, no registration needed.

Big shout out to Ameen for his great initiative toward the game development community! You can reach him on social media at @ps3code, or visit his website.

And make sure you follow us on our Instagram, Twitter, Facebook and LinkedIn for some awesome live coverage of all the events taking place during StartUp Bahrain Week – including unbound Bahrain! You can also visit www.startupbahrainweek.com to learn more about what’s happening during StartUp Bahrain Week, and keep an eye on #StartUpBahrainWeek to track the latest developments.