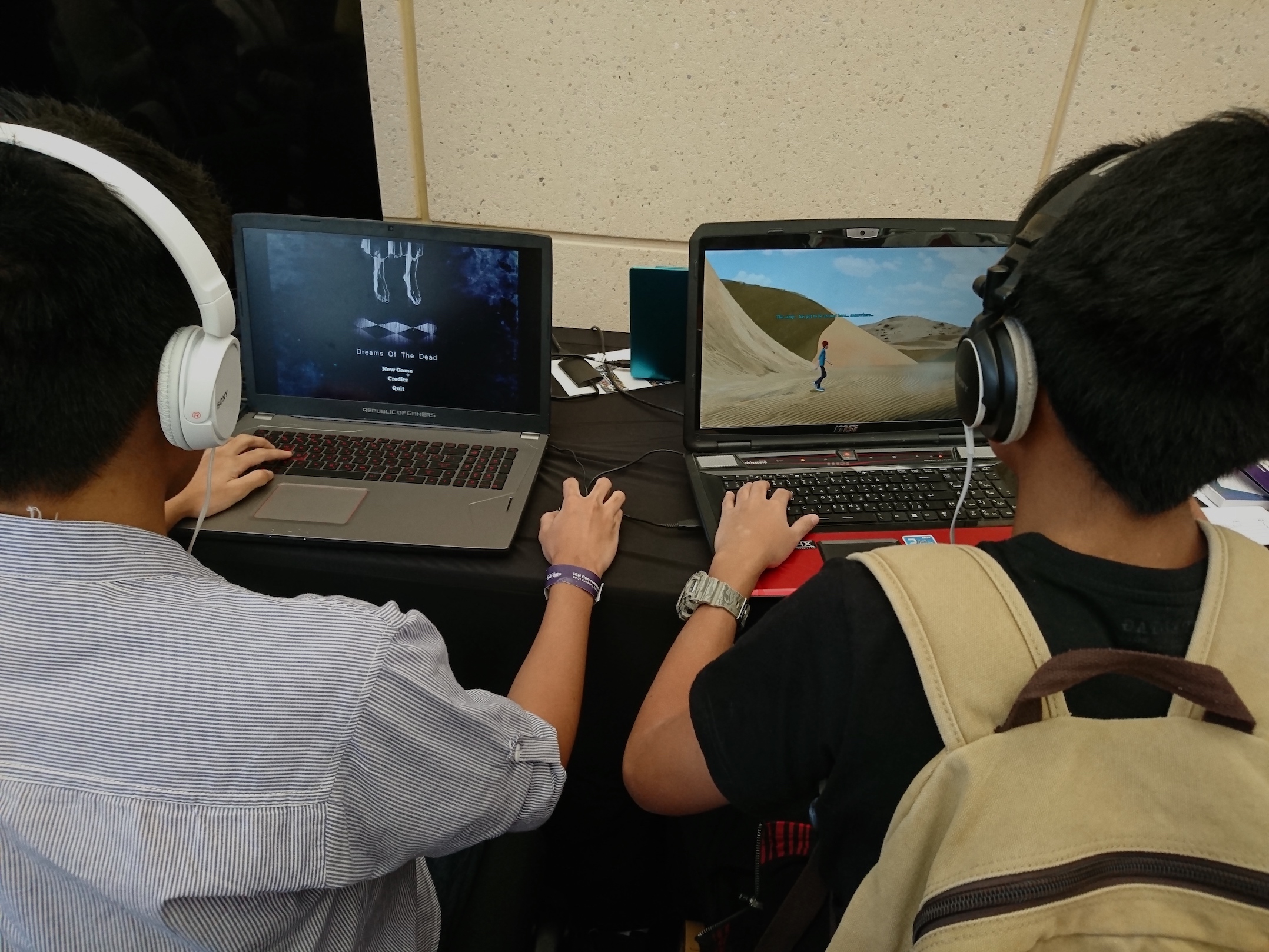 Inside the Bahraini gaming community, meet the gamers and creators: A tribute to 90’s classics

Out of Coverage is a classic point and click adventure game where the player solves puzzles to help the main character, Nawwaf, to find his way back after being lost in the desert.

The game is made in the spirit of classic adventure games of the 90s’s and is created by SemaphoreLab Studio game. A multi-platform development studio in KSA that develops games, simulation, virtual reality applications, and animation. The team consists of several members including Layla Albabtain, who presented Out of Coverage at Bahrain IGN convention.

Layla is a game designer and a programmer. Not only is she a proud member of Semaphore Lab, but she is also working on a personal game project named Dreams of The Dead (DoTD) with a team of two, including Atheer Alkubeyyer, an art director who worked on the texture, logo and the video trailer, and the 14 year-old prodigy ,Osama Albabtain, a talented young boy with great 3D modeling skills, creating the background 3D models for the game. Now that’s a dream team!

Speaking of dreams, (DoTD) is an independent first-person horror game that isn’t connected to Semaphore Lab Studio. It revolves around being trapped in dreams and escaping from the monsters in the dream. Watch the trailer here.