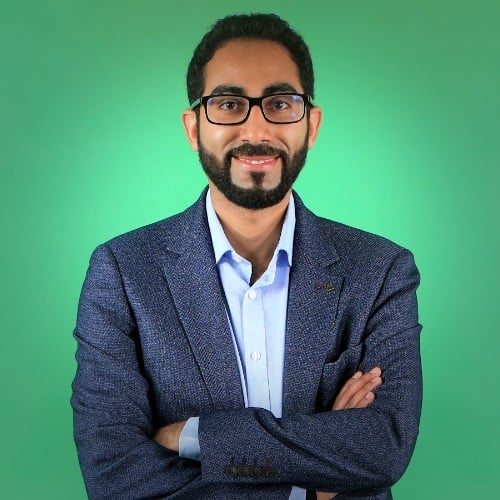 Ameen Altajer, a familiar name in the global tech community, has one more title to add to his name. Ameen, who is techie-turned-CEO of INFINITEWARE, an artificial intelligence startup, has been awarded the title of a Google Developers Expert (GDE) in Machine Learning (ML).

With that, Ameen has become the second Bahraini national to have become a GDE in ML, of which, there are only 150 in the world.

Throughout his decade-and-a-half long professional life, Ameen has been associated with several leading software businesses, as well as Research & Development projects from all over the world. For example, he has played a key role in the R&D unit of Saudi Aramco, and also spearheaded Bahrain’s game development scene in Bahrain.

To apply for the title, you have to first submit written evidence of your existing work in a relevant domain and demonstrate your engagement with the developers community for Google products. Following that, there is at least one round of eligibility check along with a couple of rounds of interviews.

“Thank you Google (GDE Program) for labeling me as a Google Developer Expert (GDE) in Machine Learning! One of only 150 in the world,” Ameen said in a statement.

He added, “It’s been super! Great interviews, valuable discussions, and lots of technical insights! Thanks to the awesome folks at Google for nominating me and making this happen, thank you for your trust, guidance, and time to evaluate my profile and skills, my thanks and gratitude go to these fantastic Googlers.”