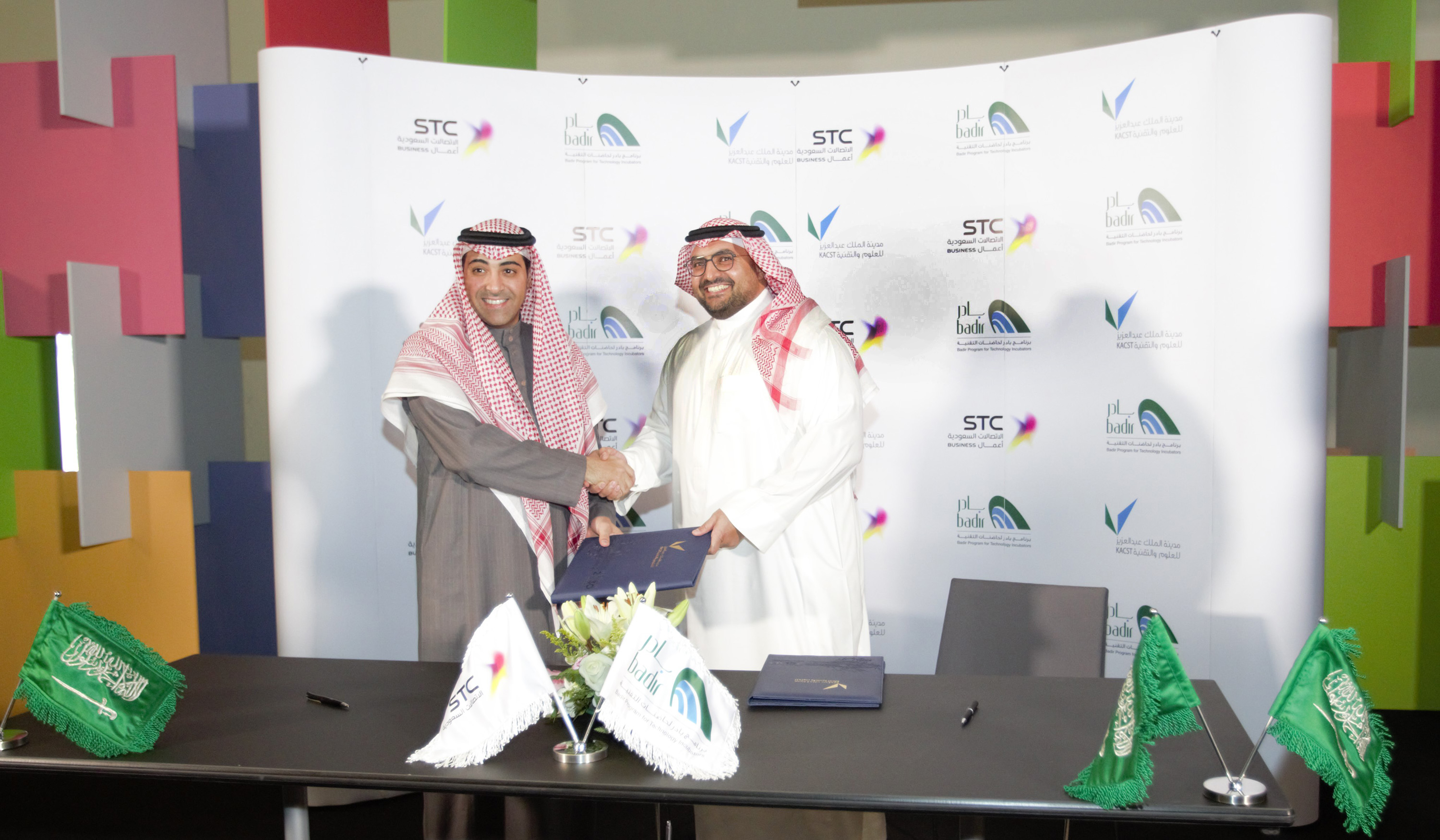 Badir Program for Technology Incubators has inked a new deal with Saudi Telecom Company (STC), represented by the Business Unit.

The goal of the new deal is to extend a helping hand to a select group of Badir incubated startups by providing them with a group of communications and IT solutions. These solutions, according to STC, are optimized to enhancing operational efficiency for the beneficiaries while cutting down on many avoidable expenses.

Under the new agreement, STC will also offer an array of its services to the startups picked by Badir program. These include discounts on various telecom services to Saudi entrepreneurs, including fixed-line and Internet services “Jood”, and prepaid QuickNet packages, among others.

The deal was signed by Nawaf Al Sahhaf CEO of Badir Program for Technology Incubators and Accelerators and Engineer Anef Ahmed A Abanomi, Vice President of Enterprise Accounts at STC.

Commenting on the vision behind the new partnership, Badir program CEO said that the agreement symbolizes his organization’s persistent efforts to develop a healthy and growing partnership with the private sectors and other competent authorities. He added that by doing so, Badir can accomplish its ultimate objective of creating and sustaining an entrepreneurial environment in the country.

Meanwhile, Vice President of STC stated that the deal was an integral part of STC’s broader goal of supporting and empowering young Saudi entrepreneurs while reducing their operational costs.