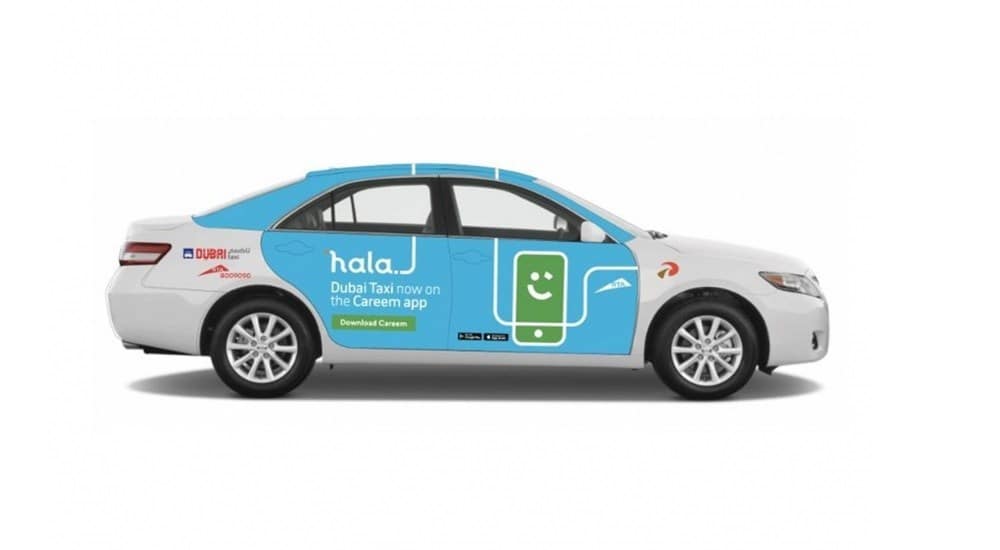 By Ghadeer Alaradi September 4, 2019 No Comments

Nearly six months after unveiling their plan to start a joint venture, the Roads and Transport Authority (RTA) of Dubai and Careem have now officially launched Hala, a new platform that lets users book a Dubai Taxi using Careem’s app.

According to the official statement announcing the launch of Hala, the new service is already having a trial run consisting of 2,000 taxis. That number is likely to further expand to somewhere around 5,500 by mid-September. That’s about 50% of the RTA’s current fleet strength of 11,000.

Assuming things go as per plan, all of Dubai’s RTA taxis will be integrated into Hala by 2020.

The RTA owns the majority stake in Hala with 51% share whereas Careem controls the other 49%.

Commenting on this landmark strategic partnership between the two entities, Bassel Al Nahlaoui, Managing Director of Careem Gulf and Pakistan, said, “We are very excited to see Hala officially launch today. It is a milestone moment for the industry, with the public and private sectors coming together to bring ride-hailing tech to everyday taxis.”

Hala’s CEO Clemence Dutertre chipped in by saying: “Our vision is for Hala to become synonymous with the smart way to move. Economic, available – Hala exists to provide an innovative approach to travel, unlocking this wonderful city for the people.”

At press time, the Careem app is showing Hala’s starting fee as AED 8, with an additional AED 1.91 per kilometer (subject to change depending on the time of the day). The minimum ride fare has been fixed at AED 12, which makes Hala somewhat more expensive as compared to Careem Go’s regular cab fares. However, Careem has confirmed that it is discontinuing Careem Go following the launch of Hala.