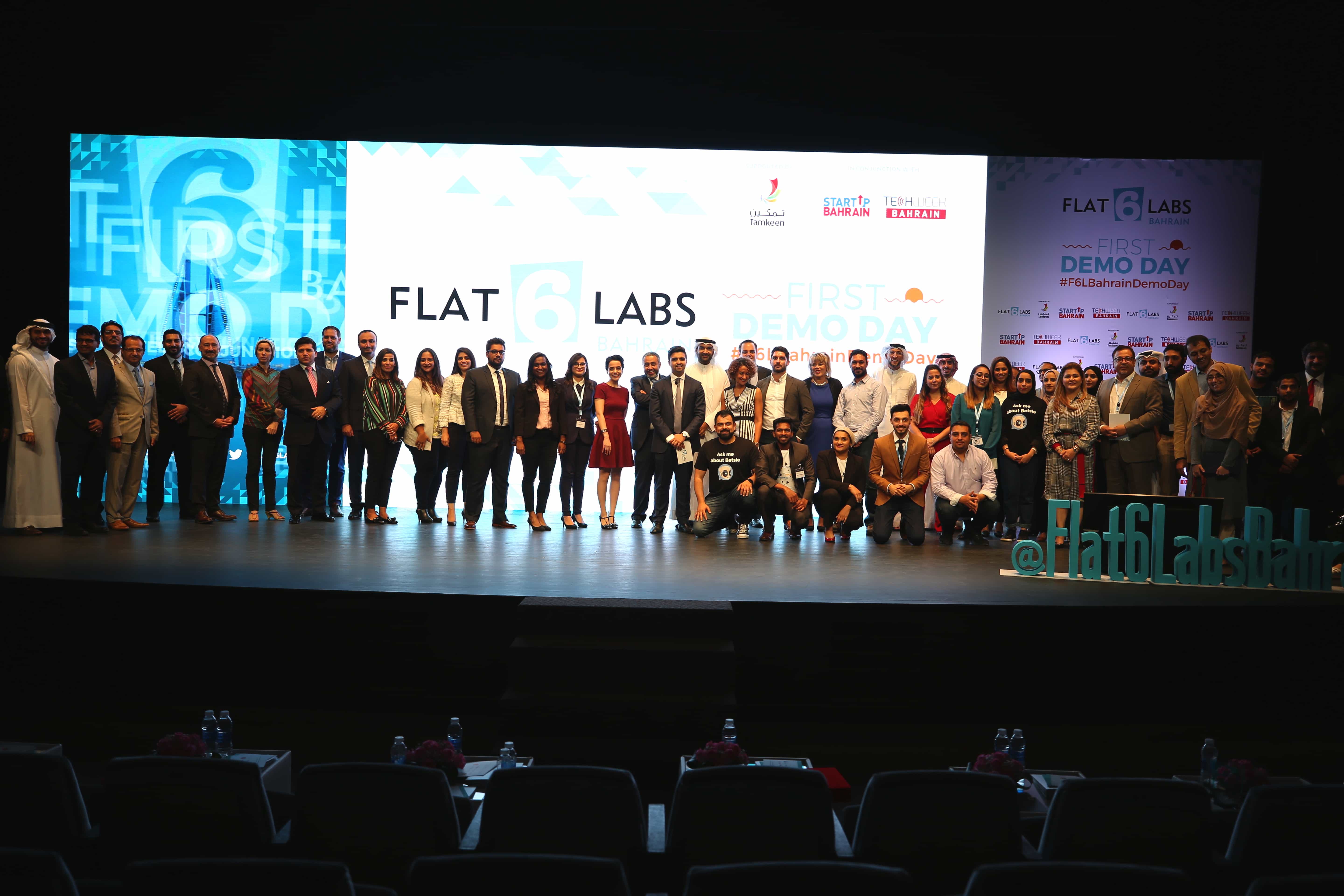 Flat6Labs Bahrain hosted the inaugural edition of its flagship Demo Day at the Bahrain Cultural Hall on October 3, 2018. A total of eight startups participated at the event, all of which demonstrated their offerings in front of an audience comprising investors, key government officials, business leaders, and other VIPs.

Launched in March 2018, Flat6Labs Bahrain is counted among the best startup accelerator program in the Middle East and North Africa. The program has vowed to support — financially and otherwise — at least 40 regional and international startups over the next three years.

The first cycle of the program received more than 150 applications from startups across 30 countries. After a thorough and rigorous screening, only eight of these 150+ teams were granted access to the program. Collectively, the eight startups selected for the program covered a range of industries including HealthTech, Food and Beverage, ICT, Lifestyle, Software, Gaming, and Human Resource and Development.

The accelerator program spanned four months, during which the participants were provided with world-class training and developmental programs through reputed and highly experienced coaches and mentors. Additionally, they also received various other benefits such as legal support, office space, and company registration in the Kingdom.

Speaking of the impact of the inaugural editions of the accelerator program and Demo Day, Chief Executive of Tamkeen Dr. Ebrahim Mohammed Janahi said: “We are delighted to see this initiative reap the fruit of the first stages of its work. This is an excellent opportunity to invest in the development of startups, and supporting the launch of Flat6Labs Bahrain comes as part of Tamkeen’s continuous efforts towards fostering sustainable economic growth in the private sector as well as meet the requirements of developing a promising entrepreneurship environment within the Kingdom of Bahrain.”