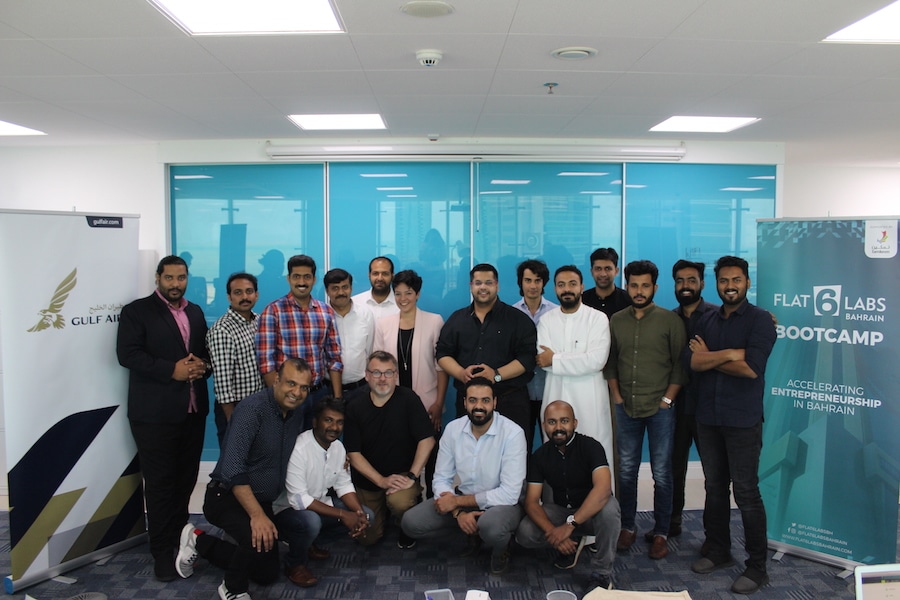 After a successful Demo Day last month for the Second Cycle that saw over 500 attendees, Flat6Labs Bahrain has now officially begun its 4-day bootcamp for its upcoming third cycle. There are 17 startups that have been selected from Bahrain and around the world to take part in the bootcamp. The startups were shortlisted out of over 200 applicants from 45 countries. The team has scouted some of the most promising international and local businesses to continue to this next round of the selection process. Conducting the bootcamp is a world class startup coach based out of Silicon Valley.

The Flat6Labs bootcamp occurs about two months before the beginning of the cycle. It is a compressed version of the 4-month accelerator programme, designed to teach the participating startups about lean startup principles and how to utilise them in their growth and business development. It also gives insight on how these startups think and tackle challenges and reveals their potential for succeeding in the actual accelerator programme. The bootcamp is the final phase of the selection process, following which 6-8 startups are selected to receive a $32K investment each, in addition to several other perks such as co-working space, access to Flat6Labs’ expansive network, $10K in AWS credits, mentoring, coaching and more.

Flat6Labs Bahrain has partnered with Gulf Air, the national carrier of the Kingdom of Bahrain for its third Bootcamp. Gulf Air has offered its services in sponsoring flights for the founders flying in to take part.

Ryaan Sharif, Managing Director of Flat6Labs Bahrain said: ‘We are grateful for the generous contribution of Gulf Air to our Bootcamp programme and their role in supporting growth and entrepreneurship in Bahrain. It is very promising to see corporates in Bahrain engaging more with the ecosystem and lending their support in the collective efforts of inspiring innovation in the country.’

Gulf Air’s Chief Commercial Officer Mr. Vincent Coste said: ‘We are glad to support and empower this initiative in the Kingdom of Bahrain and give back to our community. One of the airline’s objectives is to contribute to the economy of Bahrain and by working hand in hand with organizations from different fields – and of varying sizes – we aim to achieve this goal.’

Flat6Labs Bahrain’s third Cycle is set to commence in June. Having launched a year ago in Bahrain, the Accelerator has invested in 16 startups thus far, half of them being Bahraini. Some of the notable startups Flat6Labs has graduated include Inagrab, SINC, Telp, Tamarran, and more. You can browse their YouTube channel to see our cycle and Demo day highlights, as well as the startups’ pitches.