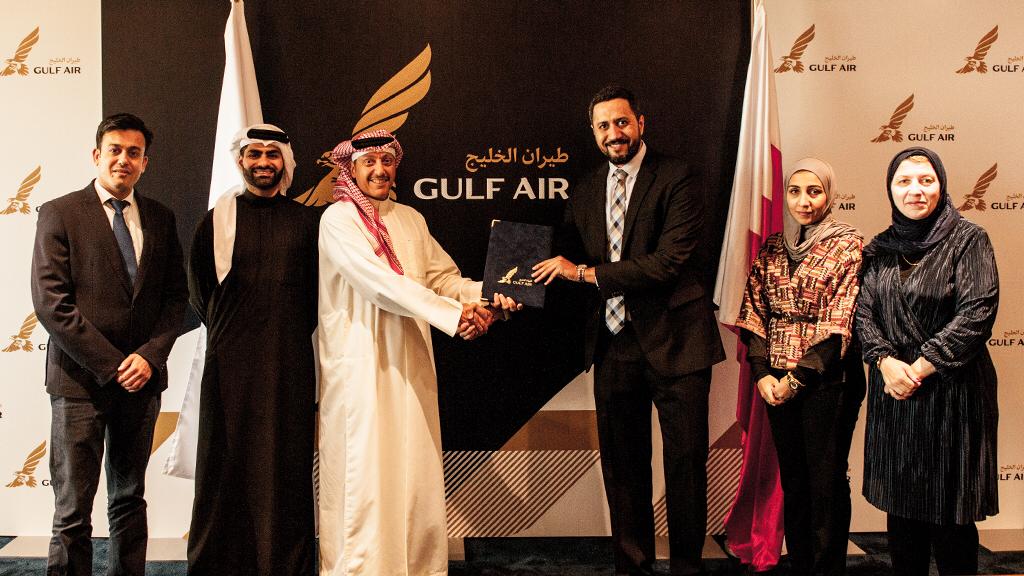 Gulf Air passengers to have access to AlRawi audio books onboard

In a major boost to Bahraini startup AlRawi’s ongoing efforts to push its audiobook platform to a wider spectrum of users, Gulf Air, the national carrier of the Kingdom, has announced that it will soon add AlRawi audio books onboard its fleet.

Both companies will collaborate to include audio books from all genres including novels, education, self-improvement, management, as well as books for children. Each audiobook picked by Gulf Air will have between 50 minutes to several hours in length.

Speaking of Gulf Air’s collaboration with AlRawi, the carrier’s Deputy Chief Executive Officer said: “We are happy to support Bahraini businesses and entrepreneurs and we are proud to feature AlRawi audio books on our in-flight entertainment system. This will promote Arabic literature to cater to many passengers and will provide another option to be entertained and learn at the same time during flights.”

AlRawi has been a leading audiobook platform in the region with an agenda to expand globally — especially among the Arabic-speaking population worldwide. The platform aims to stimulate reading in new and innovative ways by converting print books into audible books — either in the author’s voice or with the help of professional narrators.

Winner of the People’s Choice Award at the Pitch@Palace Global 3.0, AlRawi is a brainchild of three Bahraini entrepreneurs Hala Sulaiman, Ameera AlQubaiti and Mohamed Ebrahim.

“Gulf Air’s embrace of AlRawi is a great testimony to Bahrain’s fertile land for entrepreneurship and builds on the great support provided to the startup community by Tamkeen, Bahrain’s Economic Development Board (EDB) and Ministry of Industry, Commerce & Tourism,” said AlRawi CEO Mohamed Ebrahim in acknowledgement of the strategic significance of the collaboration with Gulf Air.