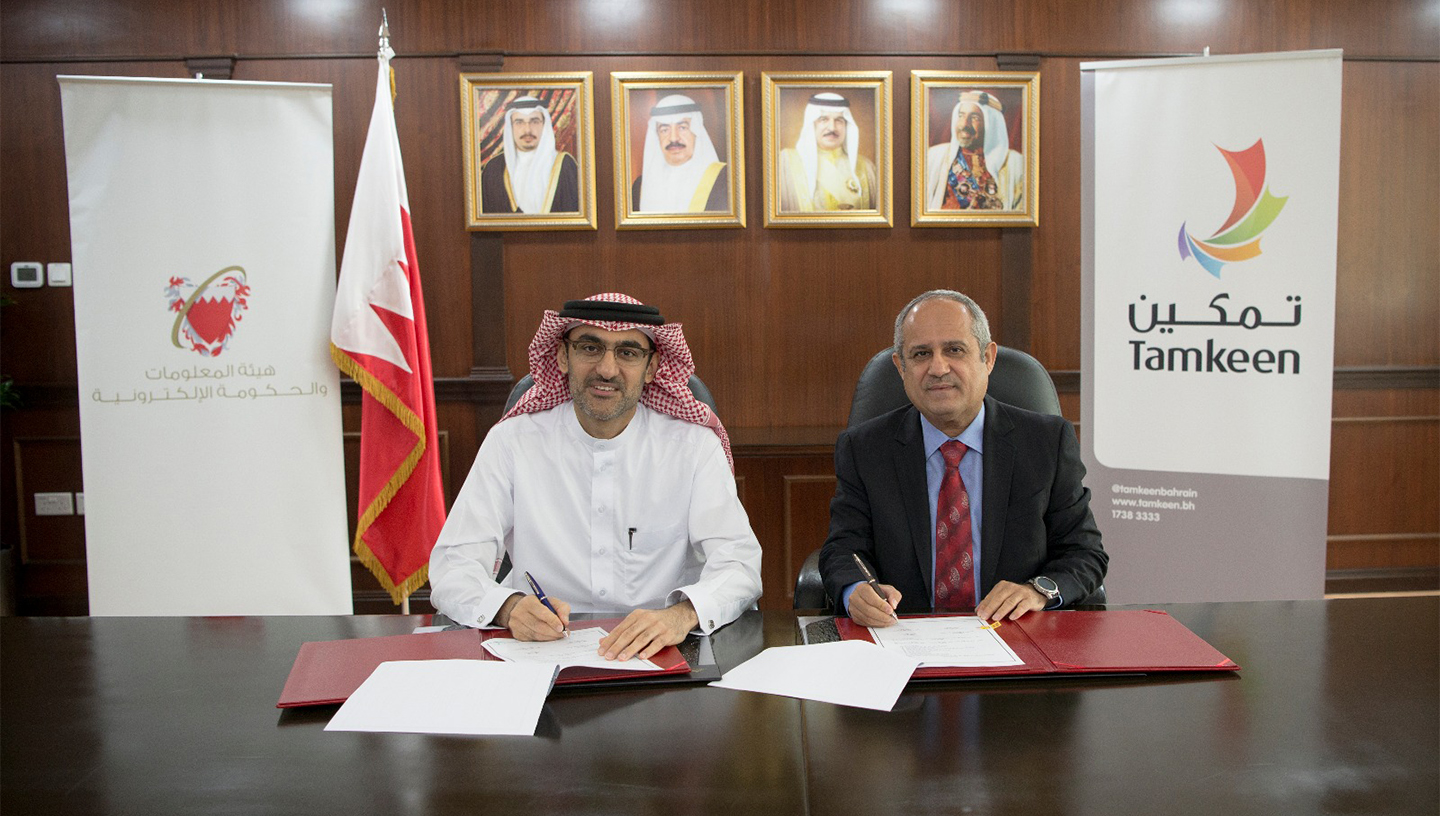 The Labour Fund Tamkeen has joined efforts with the Information and eGovernment Authority (iGA) by signing a Memorandum of Understanding (MoU), which is set to encourage the ICT sector in Bahrain, as it lines with the Economic Vision 2030.

The MoU aims to create a workforce that is skilled and fully trained in ICT sector. Thus as part of the agreement, specialized courses will be offered in AWS Certificate and aimed at government IT professionals.

Under this agreement, Tamkeen will be supporting individuals working in the IT sector, by providing both training and professional qualifications, whereas iGA will manage the program with AWS and other government entities.

As announced earlier in September, AWS has launched its office in Bahrain as the first in the Middle East. This key achievement sets Bahrain as the strategic attraction for leading investment companies, especially in the ICT Sector.

“One of the important support initiatives is “Cloud Computing” along with its professional certifications listed under Tamkeen’s Professional Qualifications Scheme.” Tamkeen’s Chief Executive Dr. Ebrahim M. Janahi stated. As he also stressed on Tamkeen’s role in supporting ICT sector with the various support programs that are aimed at promoting the country’s leading regional position.

“Implementation of the project comes in line with authority’s efforts to adopt the Cloud Computing policy within the government sector by developing the capabilities of all public sector employees in this field and acquiring them with new experiences that enables them to execute the project in an aim to reduce operational expenses of IT systems and services in the public sector.” Stressed Mr. Mohamed Ali AlQaed, iGA Chief Executive while valuing Tamkeen’s support, as he continued that this will provide job opportunities with high salaries for the public and private sectors.

The training program aims to enhance the efficiency of the workforce working in the IT field as well as developing its capabilities while providing it with new skills through specialized training courses in Cloud Computing on the AWS system and are fully supported by Tamkeen; with no charges by either the employee or the government entity.

This has a positive increase on Bahrain’s productivity, as it moves the government towards cloud computing and delivery of services via the national cloud especially since Bahrain is one of the leading countries in the Middle East that adopted the Cloud Computing policy with a high speed and a low cost.