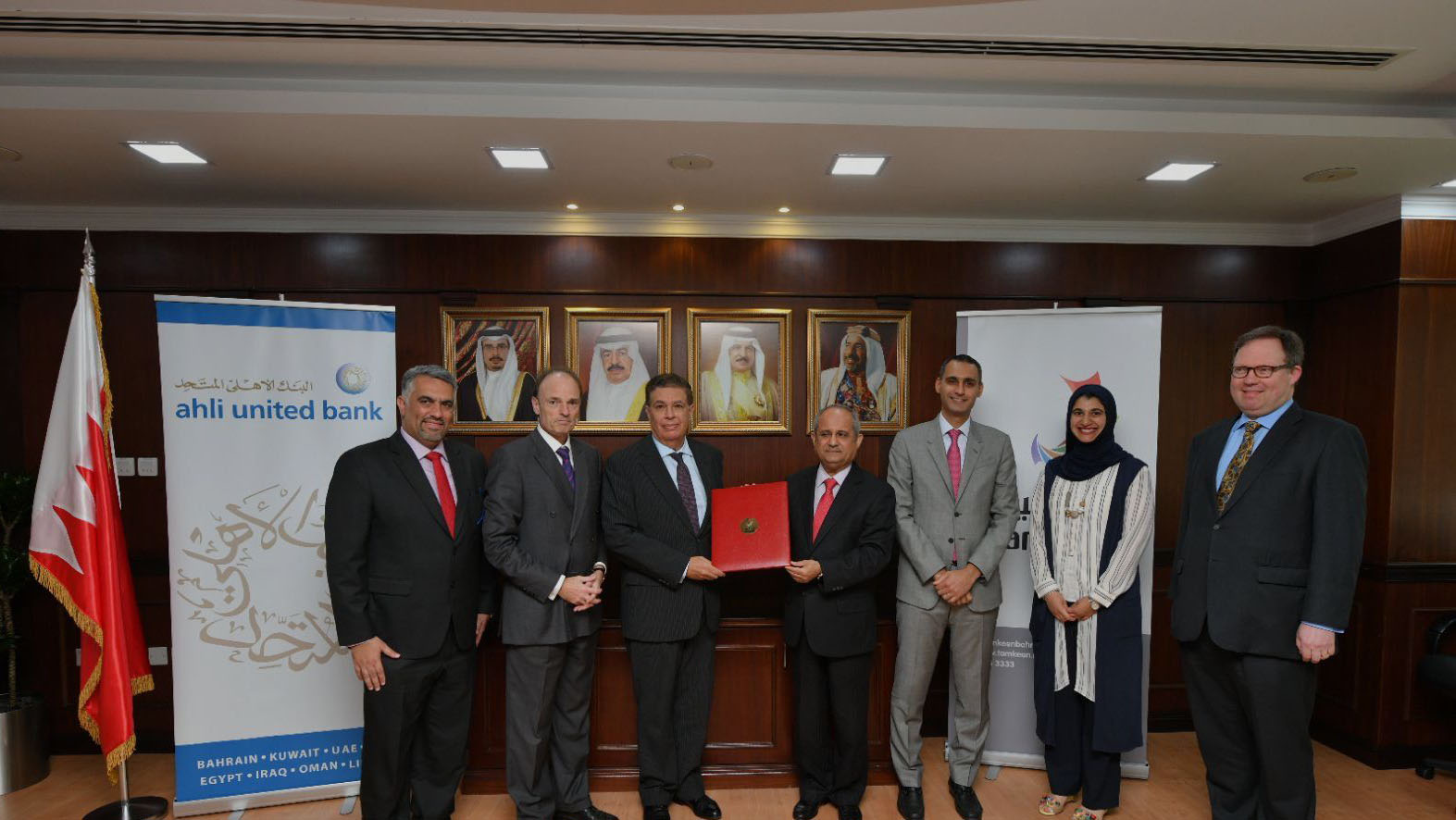 Tamkeen has joined forces with Ahli United Bank (AUB) to provide subsidized financing to promising medium and large-scale enterprises (MLE) in Bahrain. As part of this new partnership, the two entities have agreed to set up a $106 million (BD 40 million) portfolio in the Kingdom.

The partnership came into effect after Dr. Ibrahim Mohammed Janahi, CEO of Tamkeen, and Adel A. El-Labban, Group CEO and Managing Director of Ahli United Bank inked an agreement, ushering a new era of cooperation aimed at boosting the homegrown MLE sector.

Funded by Tamkeen under its Tamweel+ initiative, the financing subsidy offers Sharia-compliant financing at lower interest rates and with flexible tenors. Any Bahrain-based medium-to-large enterprise is eligible to apply for financing under the said scheme so long as they meet the minimum criteria set by the Tamkeen-AUB joint venture.

As per the agreement, Tamkeen will reimburse as much as 70% of the annual normal profit rate to enrolled businesses. Meanwhile, Al Hilal Islamic Banking Services, a wing of AUB, will allocate and manage the $106 million-portfolio and oversee the evaluation of all applications under the financing criteria set by the Tamweel+ initiative.

Elaborating the primary objective behind the new partnership with the AUB, Dr. Ibrahim Mohammed Janahi, Chief Executive of Tamkeen, said: “We are delighted to have AUB join our “Tamweel+” scheme, and we look forward to a long-term partnership with this major financial institution with a solid track record in contributing to the growth of Bahrain’s businesses and economy. AUB’s substantial involvement through this BD 40 million portfolio for Bahraini enterprises will significantly broaden its reach to target businesses.”

He added: “We have developed “Tamweel+” scheme as an initiative to enhance the capabilities of Bahraini enterprises and support their expansion and diversification to contribute to the national economy and prosperity in line with Bahrain Economic Vision 2030.”