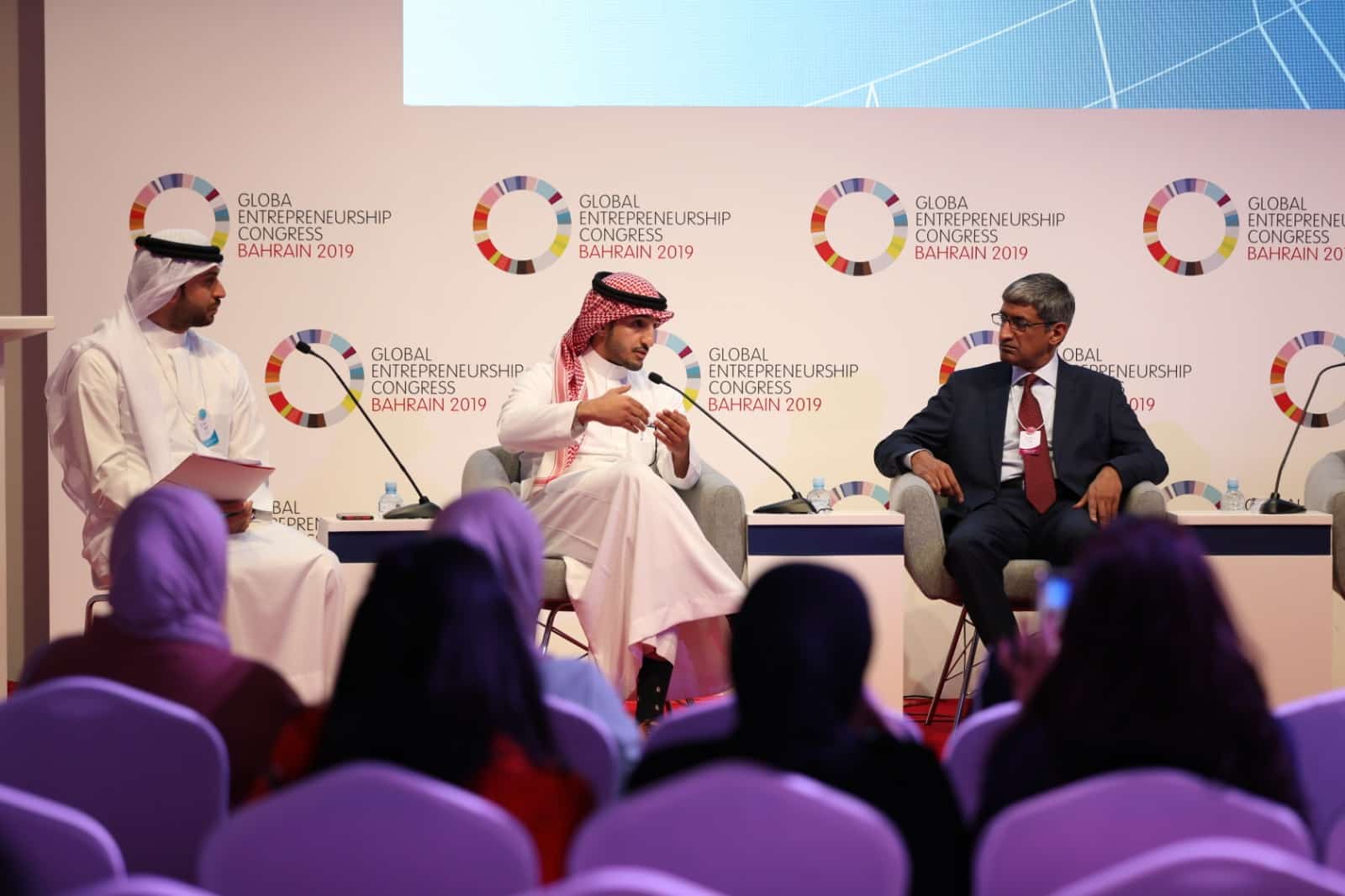 Tamkeen Chairman, His Excellency Shaikh Mohammed Bin Issa Al Khalifa, expressed pride in partnering with GEN to host the Global Entrepreneurship Congress 2019 for the first time in Bahrain. His Excellency pointed out that according to the reports of GEN, the international participation during the event reached up to 51% which has been recorded as the highest in the history of the congress for over the past 10 years.

His Excellency shed light on the importance of this remarkable benchmark achieved by the Kingdom in positioning itself as a thriving business hub and a leader in building sustainable economic environments and fostering innovation. He also highlighted Bahrain’s extensive support for the startup sector and their key role as an economic driver.

Tamkeen Chief Executive, Dr. Ebrahim Mohammed Janahi, commented saying: “Bahrain’s unique business environment is distinguished for its supportive regulatory laws and processes, which contribute to enhancing the Kingdom’s position as an economically sustainable entrepreneurial hub. In its first time since the inception of the GEC, witnessed the highest participation of over 50 countries in the “Startup Nations Ministerial Sessions”.  In addition, the GEC witnessed a wide participation from around 170 countries including the United States, India, France, Turkey, Nigeria, the United Kingdom, the Kingdom of Saudi Arabia, the United Arab Emirates, South Africa, Cambodia and more.”

Among the highlights of the third day included a session on “Building a Digital Nation” presented by former Estonian President His Excellency Toomas Ilves, who remarked the progress made by Estonia in smart digital government services, especially in implementing Block Chain technology.

In an immersive session discussing the rise of a digital nation, former President of Estonia, H.E. Toomas Ilves delivered a special keynote speech alongside Arvind Gupta, CEO of MyGov, India.

In his keynote, H.E. Toomas Ilves known to be the architect of one of the most digitally-savvy country on Earth highlighted how his hometown Estonia redefined its position to become the most advanced digital society in the world. Ilves shared the benefits of building a digital nation noting: “the fundamental core of digitalization is having a strong and secure identity, as well as a decisive embrace of change. Today we save 2% of our GDP every single year with the changes we have implemented. What makes a government resist change is the lack of will and the lack of dialogue between people who are in charge of policy-making and the people who understand digital technology.”

In the “Women Entrepreneurs: Local Advancement, Global Trends moderated by Zahra Taher, crucial economic developments as well as challenges and solutions facing female entrepreneurs were discussed. Shaikha Dina bint Rashid Al Khalifa, Director General for Policies and Development at the Supreme Council for Women highlighted the importance of women in the entrepreneurship sector and urged them to work across all economic sectors in the Kingdom.

One of the third day’s sessions included Tamkeen’s “Enabling a Digital Economy: Cloud Impact on Startups” which shed light on supporting organisations as they increase the quality and effectiveness of their services, including imrovement of security utilising the latest digital solutions.

This year’s edition of the GEC was attended by over 3000 people from 170 countries, in addition to thousands of entrepreneurs and investors.