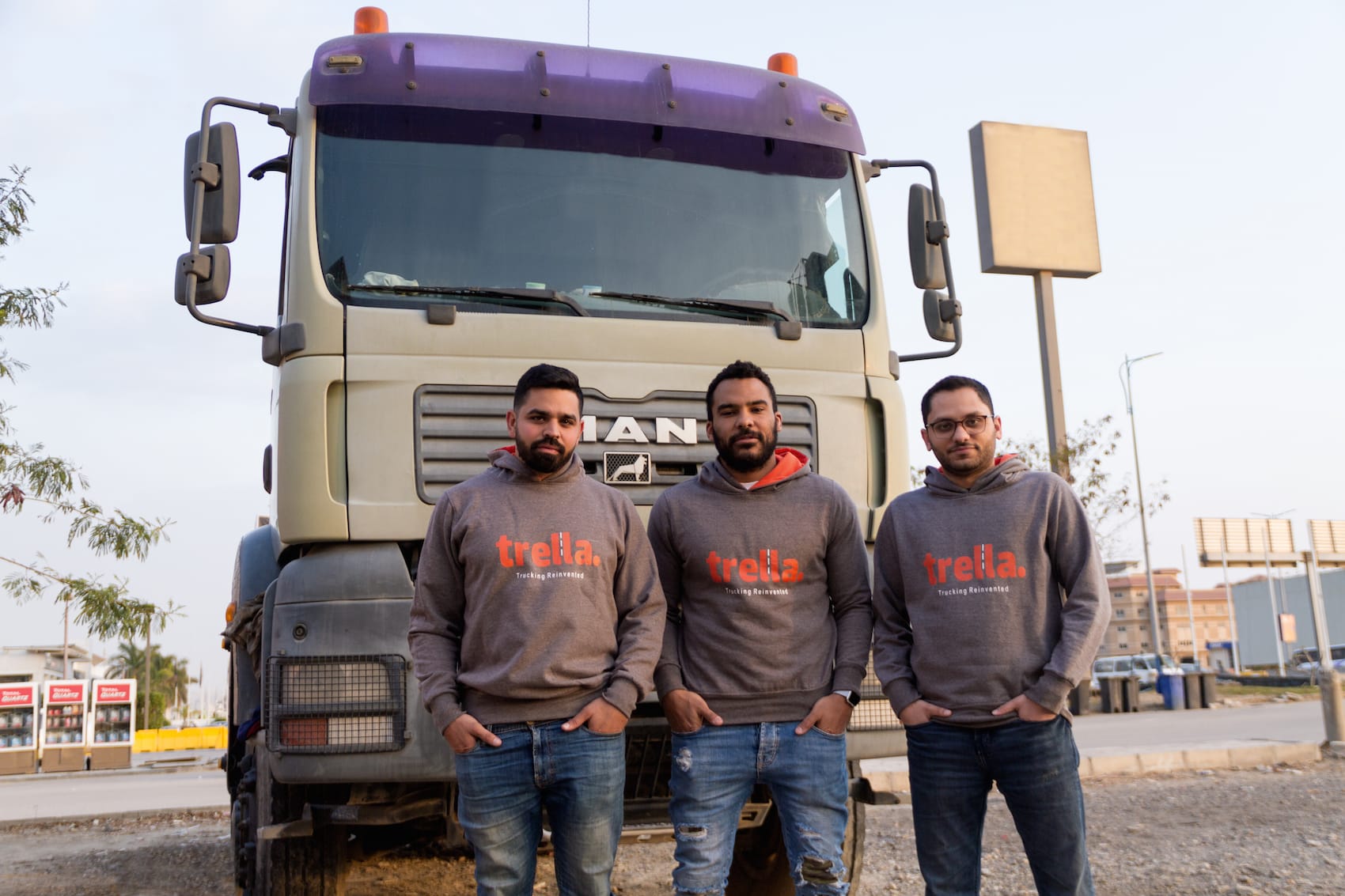 By Ghadeer Alaradi February 25, 2019 No Comments

Trella just got a big boost to its ongoing efforts to turn into a leading transport-tech startup in the region. The company announced Feb 24 that it had secured more than $600,000 in a pre-seed round led by Algebra Ventures. Other contributors in the now-over funding round include strategic investors, global venture capital firms, and notable angel investors such as Jambu Palaniappan and Esther Dyson.

Launched in 2018, Trella is a new-age trucking marketplace that helps shippers effortlessly connect with carriers. The startup aims to resolve the most pressing issues faced by what it calls a “deeply fragmented industry plagued by asset under-utilization and a lack of transparency, consistency, and reliability.”

“Building on the fantastic success of ride-hailing startups, we built a similar solution for the freight industry in the region to improve efficiency throughout the supply chain,” says Omar Hagrass, co-founder and CEO of Trella.

“The interest in our solution has been overwhelming, both from businesses who want to use our technology and from truckers who are getting significantly more value and more consistent flow of business through our platform. We’re optimizing truckers’ routes so they’re no longer driving empty.”

Worth noting here is that the Trella CEO is an experienced campaigner in the transport-tech industry, having led Uber’s Middle Eastern operations as the Regional Manager of EMEA Launch and Expansion.

Meanwhile, the other Trella co-founder, Pierre Saad, is doubling as the company’s Chief Technology Officer. Prior to going all-in with Trella, he was serving Vezeeta as a Software Architect and Technical Lead.