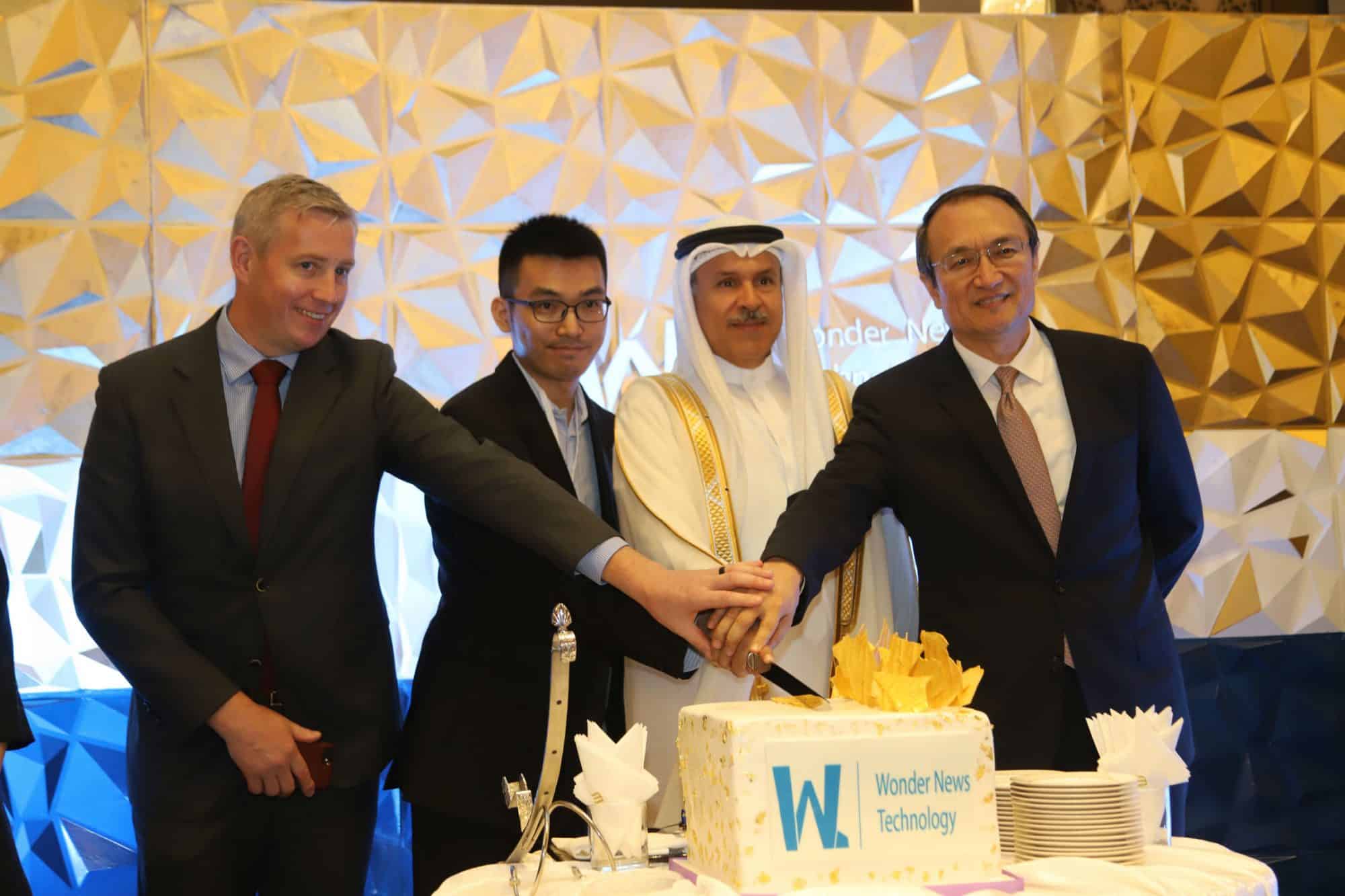 Chinese technology group Wonder News announced today the launch of its regional headquarters in Bahrain, which will offer services to GCC clients in the e-commerce and FinTech sectors. Wonder News will invest USD50 million and offer 500 employment opportunities in the Kingdom over the next three years.

Wonder News was established in 2015 by Fujian Wangle Technology Co., Ltd., a Chinese company committed to creating value-added solutions and applications on content platforms, with an emphasis on e-commerce and games, for its 100 million users globally. The company is headquartered in Fuzhou, China and has offices in the UAE, Morocco, Egypt and Saudi Arabia among others.

On this occasion, HE Capital Governor said: The launch of Wonder News, with its headquarters in Manama, is one of the major results of the memorandum of understanding that was signed between the Capital Governorate and the Shenzhen City in China in September 2016. This event also coincides with the start of diplomatic relations between China and the Kingdom of Bahrain based on the distinguished ties that link the two countries and the common vision in various spheres. This will ensure the continuation of permanent and common relations that are based on strong and solid foundations.

HE Shiakh Hisham Al Khalifa said: “We are excited to welcome WonderNews into the Kingdom and we do value their investment which will create a new cluster within the economy of the Kingdom.”

Wonder News CEO, Mr. Ou Zhenxing, stated that the company has over 10 years of experience in providing internet products in the Middle East: “We have a highly-qualified research and development team which, working with advanced technology, has successfully developed and introduced numerous applications to over 100 million users,” he said.

He also expressed his profound gratitude for EDB’s and the whole of ‘Team Bahrain’ for their assistance in locating Wonder News in Bahrain. “Our strategic cooperation with EDB has been indispensable to seamlessly establishing a presence in Bahrain and using the Kingdom as a regional hub for the Middle East.

“They have also provided valuable assistance in tapping into the local talent pool to identify qualified candidates to fill various positions across the organisation,” he added.

John Kilmartin, the Executive Director of ICT at the EDB said: “Wonder News’ decision to establish its regional HQ in Bahrain is a testament to Bahrain’s increasingly sophisticated tech ecosystem and growing status as an innovation hub. The Kingdom’s legal framework, low-cost operating environment and exceptional talent pool offer an attractive landscape to investors who are looking to use Bahrain as a launchpad to the GCC and MENA. EDB is committed to making Bahrain the most investor-friendly location in the region – exemplifying the Team Bahrain philosophy of working across the public and private sectors to help business happen. Wonder News’ announcement today is a perfect example of a company that will support Bahrain’s progress towards a digital economy and help attract other cutting-edge businesses from around the world.”