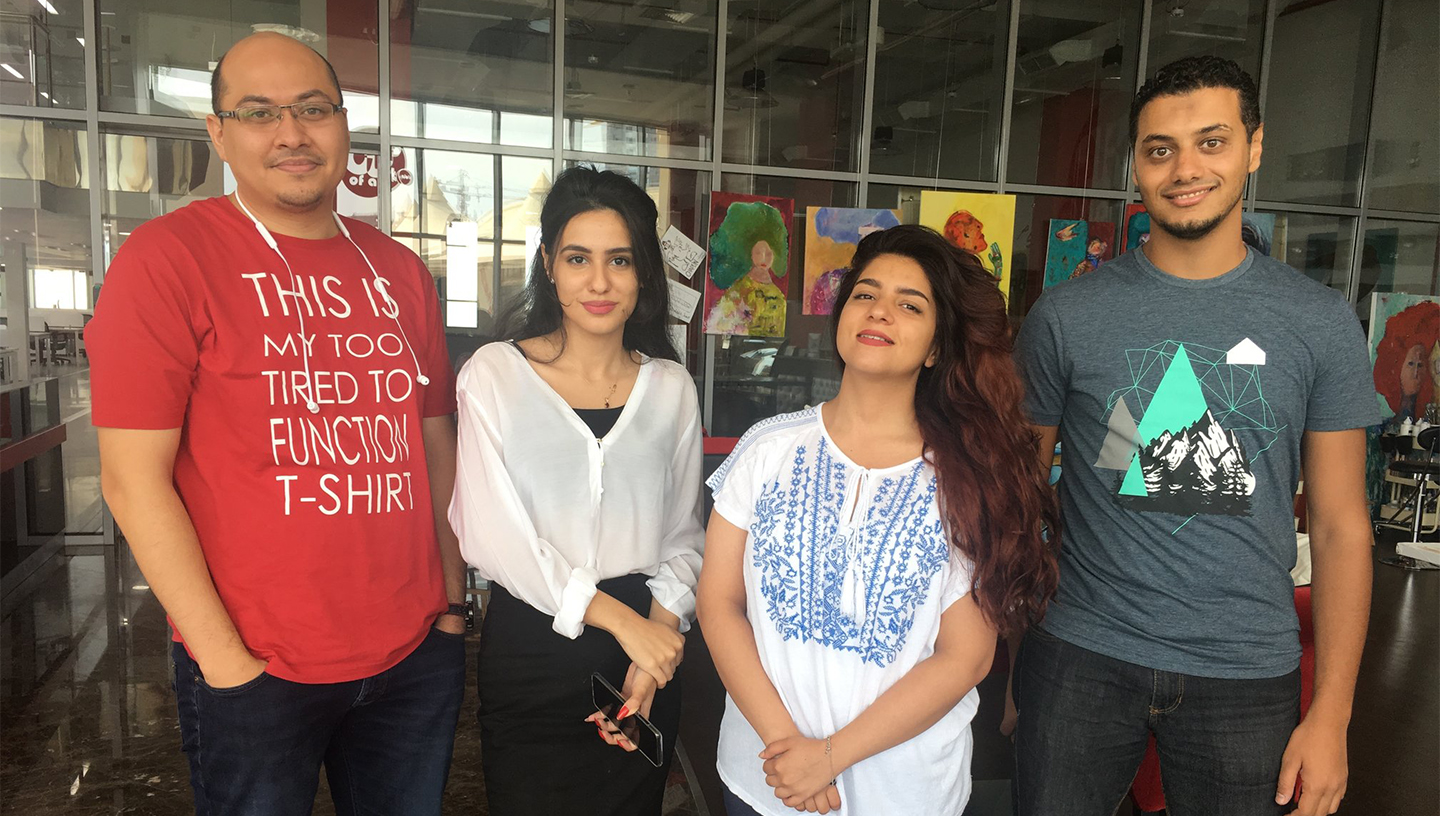 A call out to all women in Bahrain: This app is going to be your new best friend

Good news for all women in Bahrain! Now you don’t have to wait in a queue to get your nails and hair done, and no you don’t even have to call to book an appointment. Trust us when we tell you that this Bahraini app has got this all sorted out for you — seriously though, you will thank us later. We spoke to Husam Ramadhan, one of the two-cofounders of this life-saving app called the Fleek app to know more about how it works.

According to Husam, Fleek is an online platform that connects women with beauty spas and salons. Through Fleek, women are able to browse through different salons and schedule beauty appointments. This means that there is no need for mentally preparing yourself to talk to someone over the phone, or even worse, having to be put on hold! Don’t know about you but this sure makes us excited to try out Fleek!

Husam was always interested in tech-related startups. He initially tried out the real estate market a while ago but it did not work out for him. The idea of Fleek came to his mind when he was discussing with Hasan Haider, Partner at 500 startups some of the difficulties he’s been facing with real estate market. Hasan suggested that he looks into the beauty and wellness industry, and so Husam built a prototype and showed it some users, and this is when Fleek came to life.

Some of the challenges Fleek’s team has faced is changing people’s behavior from the supplier’s side. Most salons still rely on jotting down their appointments using pen and paper since they consider it faster. However when things get busy, appointment books start filling up with cancellation, and rescheduling keeps happening from multiple people and from various channels. “Suddenly, organizing appointments becomes convoluted. This is why Fleek is an integral part of defeating this issue in salons and spas,” Husam told StartUp Bahrain.

Fleek is also partnering up with WNNA, an app that gives users the ability to get information about dining, entertainment and a bunch of other things without having to go through the hassle of downloading different apps. Through the partnerships, users have the option to book beauty appointments straight from WNNA.

One last thing Husam wanted to share for upcoming startups is to think regional from day one. “While our local market is great to validate ideas, startups rarely can reach the growth they want if they stay in the island. Get a technical cofounder if you aren’t one and think of how you’ll generate income early one,” he advises. Another tip Husam shared is that startups should be laser-focused: “Don’t go trying to build everything from day one, all you need is to do one thing, and do it better than anyone else.”

There’s been a lot of initiatives and companies that nowadays play an active role in supporting the startup culture within Bahrain. StartUp Bahrain is an example that aims to bring together entrepreneurs, startups, investors, accelerators and incubators to promote the startup ecosystem in Bahrain. It has recently launched its new Regulatory Sandbox for FinTech companies that allows startups to test their products, services, and business models. According to Husam, he believes that one of the reasons why Bahrain makes a great launchpad for startups is because through those initiatives and entities that support the startups in Bahrain “Tamkeen Bahrain” is doing a killer job at providing enterprise support for startups with its programs. We’re also starting to see a number of pre-seed accelerators providing initial funding to help startups grow,” Husam commented.